EBF is an entirely renewable biomass derived replacement for bituminous coal, having the essential properties that allow it to be burned as coal without retrofit to existing facilities. Even though it's heating value is equal to bituminous coal, that is not its primary benefit, rather a byproduct. EBF is free of most regulated pollutants including mercury and is Carbon Dioxide neutral. Therefore, when EBF is used as part of the coal burn it summarily reduces the emission of those pollutants directly by the weighted percentage of EBF used.

EBF affords the same amount of energy as the coal that it replaces, while reducing the pollutants that have earned coal its current troubles. No other pollution mitigation product can be seamlessly blended with coal, handle like coal, be hydrophobic like coal, have the friability of coal and burn just like coal while offsetting the major regulated pollutants.

The pollutants released during the combustion of all hydrocarbons from coal to natural gas are complex and harmful to the environment, and to us. The simple solution is to replace dirty fuel with a clean burning heat source; enter Enviranized Bio-Fuel™ (EBF). EBF has combustion heat values equivalent to the highest grade bituminous coal, with virtually no pollutants.

Even though the making of EBF is a very technical science, the basic premise on which it reduces pollutants is astoundingly simple. It is as elemental as replacing a certain portion of your pollution rich fuel with EBF. For every percentage unit of EBF introduced into the fuel burn, by that weighted percentage the harmful pollutants are reduced, while maintaining the thermal requirements of the facility.

EBF is made entirely from renewable biomass and therefore CO2 neutral. It is engineered to have better physical handling, storage, and burn consistency than coal. EBF is an extraordinary product that is a simple answer to the very complex environmental problems of today. Furthermore, this is accomplished without modification of your current solid fuel system. 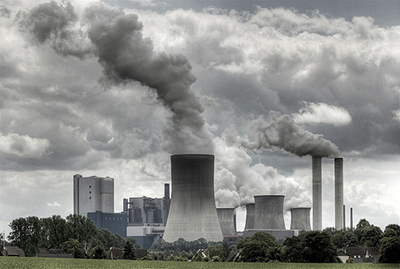 EnviraChar applications may remedy many of the worst environmental and societal issues faced worldwide from climate change to world hunger.

The EnviraPAC Powdered Activated Carbon (PAC) is the only powder activated carbon in the world produced in an environmentally friendly way.